Benjamin Gonzalez O’Brien Accepts Position as Editor of the Journal of Race, Ethnicity, and Politics 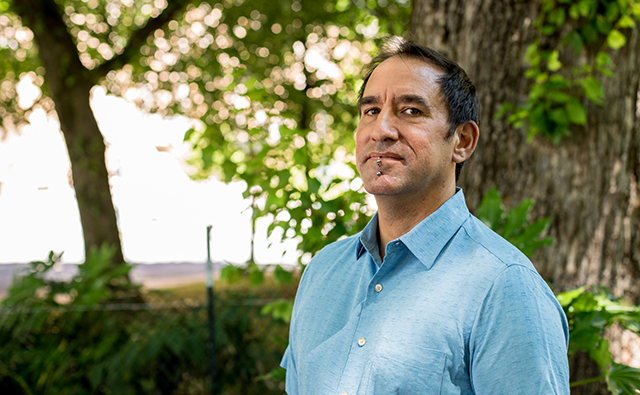 Benjamin Gonzalez O’Brien, associate professor of political science has accepted the position of editor for the Journal of Race, Ethnicity, and Politics, the official journal of the American Political Science Association (Cambridge University Press). The journal will be based at San Diego State University.

His goal, along with Christopher Towler from CSU Sacramento who will be taking over as book review editor, is to expand scholarship and contributions to the journal. They hope to lift voices that might not be heard and diversify the content of the journal during their tenure. “It is important that scholars understand how race operates internationally and how it has evolved,” Gonzalez O’Brien said.

Their strategic vision includes a plan to increase social media presence, develop workshops and attend scholarly conferences in the U.S. and abroad in order to expand the national and international reach of the journal. They also plan to increase the representation of scholars from the Global South, as well as feature theoretical research that is not necessarily empirically focused. The editorial team would like to increase the number of normative articles in the journal, particularly ones examining race through the lens of law, political theory, or American political development. With this position, expansion of the journal globally will be key along with outreach to local political groups, and opportunities for SDSU graduate students and faculty.

“This will bring greater attention to SDSU as a center of research and global concerns of diversity,” he said. It also aligns with SDSU’s focus on diversity and inclusion.

Dr. Gonzalez O’Brien’s scholarship is well-represented in journal articles that span immigration, racial and ethnic politics, public opinion, elections, and American political development. He is the author of two books on immigration policy, most recently Sanctuary Cities: The Politics of Refuge (2019, Oxford University Press) with Loren Collingwood and Handcuffs and Chain Link: Criminalizing the Undocumented in America (2018, University of Virginia Press). He has produced thirteen peer-reviewed articles, and has served as an expert witness in federal cases challenging the constitutionality of the criminalization of undocumented reentry.