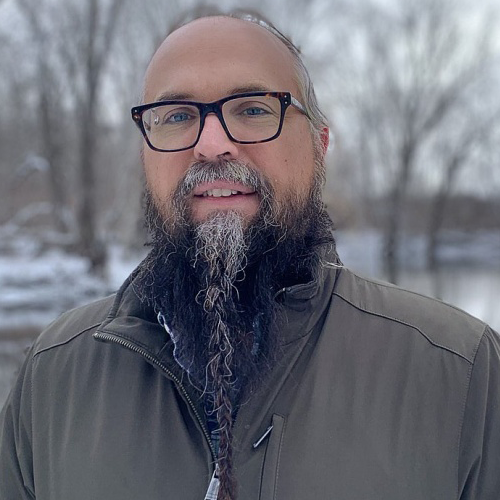 In 2021, the Biden-Harris Administration launched the largest investment in environmental justice in the history of the U.S. – pledging and allocating hundreds of billions of dollars to combat environmental racism. However, the scale of investment has revealed dimensions of environmental justice (EJ) that have been neglected in public policy and academia. The neglected dimensions reveal problems that are vexing to solve, whether philosophically, scientifically, or practically. The presentation will review the status of EJ in the U.S. today, and recommend pathways forward given what has been learned through two years of growth in resources and policies for EJ.

Kyle Whyte is the George Willis Pack Professor in the School for Environment and Sustainability at the University of Michigan, where he is also Founding Faculty Director of the Tishman Center for Social Justice and the Environment. An enrolled member of the Citizen Potawatomi Nation, his research centers climate policy, environmental justice, and Indigenous peoples. Widely published and with an impressive record of grant funding, Dr. Whyte is deeply committed to advancing Indigenous research, education methodologies, and communities. His outreach record is likewise extensive, including his current membership on the White House Environmental Justice Advisory Council.

On March 3, Dean Monica J. Casper welcomed Annette Gordon-Reed, acclaimed Pulitzer Prize-winning historian and legal scholar, who spoke on the topic “Exploring our Past and Looking to the Future: Understanding America’s Legacy of Inequality.”

Prior to the inaugural Dean’s Lecture Series event, Gordon-Reed engaged in conversation with students during a pre-lecture event where she answered students’ questions and shared insights on her most recent book “On Juneteenth.”

After Gordon-Reed’s lecture attendees engaged in a Q&A and a for those at the in-person event, Gordon-Reed signed copies of her book.

Annette Gordon-Reed is the Carl M. Loeb University professor of history in the Faculty of Arts and Sciences and professor of American legal history in the Law School at Harvard University. She is the award-winning author of six books, including “The Hemingses of Monticello: An American Family,” which won the Pulitzer Prize in history and the National Book Award for nonfiction — and fourteen other awards. It explores the inconsistencies of Jefferson's stance on slavery and his relationship with enslaved woman Sally Hemings, and it has been called "the best study of a slave family ever written" by noted Jefferson scholar Joseph Ellis.

Gordon-Reed is also the author of “Thomas Jefferson and Sally Hemings: An American Controversy.” It offers a rich examination of scholarly writing on the relationships between Thomas Jefferson and Sally Hemings, and exposes the possibility that scholars were misguided by their own biases and may even have contorted evidence to preserve their preexisting opinions of Jefferson. Her most recent book (with Peter S. Onuf), “‘Most Blessed of the Patriarchs;’ Thomas Jefferson and the Empire of the Imagination,” presents a provocative character study of Jefferson that challenges much of the scholarly status quo on his portrayal throughout history.

Her honors include the National Humanities Medal (awarded by President Barack Obama), a Guggenheim Fellowship, and a MacArthur Fellowship. Gordon-Reed was also elected a Fellow of the American Academy of Arts and Sciences and is a member of the Academy’s Commission on the Humanities and Social Sciences. In 2019, she was elected a Member of the American Philosophical Society.