SEED Grants Bring Students and Faculty Together for Research 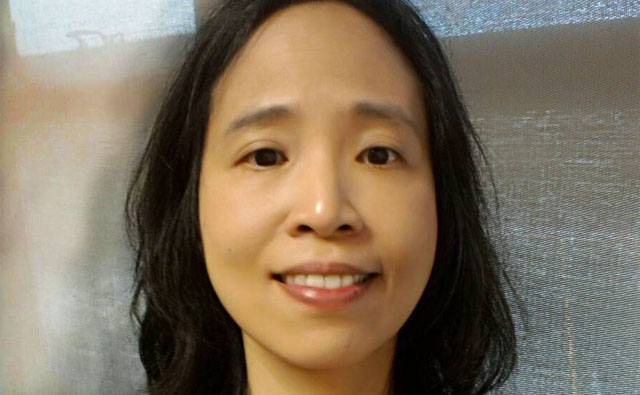 Seven faculty from the College of Arts and Letters were awarded 2022 SDSU Seed Grant funding for spring 2022.

“Artemisia II: Power, Patronage, and the Creation of the Mausoleum”
Walter Penrose, Jr. is writing a book about Artemisia II, a woman ruler who built the original mausoleum, one of the Seven Wonders of the Ancient World, in ancient Halicarnassus (modern Bodrum, Turkey). Artemisia was renowned for her virtue in antiquity (in addition to her many other accomplishments), and became a role model for others in the Renaissance and Early Modern periods. Penrose will use his Seed Grant funding to travel to Italy, where he will conduct research on rare manuscripts of operas, ballets, and other texts that feature Artemisia as a main character. He hopes that his research will put a spotlight on Artemisia II, who was an exceptionally famous woman from antiquity to the Early Modern period, but has been all but forgotten today. His book project is under contract with Oxford University Press.

“Soap and Democracy: Polish Immigrants and Swedish Labor Activists in the Support Networks for Solidarity, 1981-1989”
On sabbatical in spring 2022, Frieberg will use the Seed Grant to undertake an oral history-based book project about Swedish-Polish contacts in connection with Swedish support for the revolutionary Polish trade union Solidarity in the 1980s.

Solidarity was the first union outside of communist control to emerge in the Soviet Block and it contributed to the fall of communism in 1989. It initially grew to about 10 million members but in 1981, the Polish military leadership outlawed it, imposing martial law and imprisoning its leadership. Unions, churches, and other civil society organizations in western Europe strove to support Solidarity’s survival throughout the 1980s, organizing packages, money, and other assistance.

Based on conversations with Polish immigrants and Swedish activists, Frieberg’s project contributes to the understanding of transnational anti-authoritarian resistance movements. By focusing on oral history interviews, she uses hitherto untapped sources and voices to study this dramatic moment of opposition to communism.

Apart from highlighting grassroots contributions to major political change, her project spatially and in its sources strives to understand “the Cold War from the margins,” thus departing from standardized Soviet-American narratives and adding a fresh perspective to the late Cold War and its political legacies.

Shahri’s project shifts the research focus to student actions and practices as they engage in writing and other literacy activities. The study strives to highlight the range of actions student writers engage in throughout the process. Through using screen capture technologies that were unavailable in older research, complemented by text analysis and interviews, the project contributes to a better understanding of academic writing by second language writers. Further, the project will help inform second language writing pedagogy by bringing into focus the relationship between writing practices and the effectiveness of the resulting texts.

“A Cross-linguistic Study of Complaining in English and Chinese Conversation”
Complaining as a human conduct has long attracted scholarly attention from a wide variety of disciplines.  Despite its apparent omnipresence in social interaction, complaining has proven to be a topic that defies easy description.  Only recently has research started to shift from treating complaining as a private, inner state to investigating complaint’s social workings as an interactional phenomenon.

Pulling a common thread from my most recent research endeavors over the past four years, this project will focus on this ubiquitous social activity and comparatively examine how the negotiation and management of complainability are done in American and Chinese social interaction.

Specifically, the project will focus on how parties in these two cultures orient to the initiation of a potentially complainable matter, and how they negotiate its legitimacy, blame attribution, and accountability.

At the same time, as scholars in cross-cultural communication studies have pointed out, an in-depth emic study (like the present one), which focuses on exploring some aspects of social behavior indigenous to a culture in question, is a vital first step in developing a comprehensive framework and universal claims for communication patterns across cultures. This project could therefore make a major contribution by providing much-needed baseline information for cross-cultural studies.

“Hinduism by Many Other Names: Yoga, Spirituality, and Appropriation”
Thomases’ book project, titled “Hinduism by Many Other Names,” explores the places and practices where Hindu religion intersects with the spiritual lives of non-Indian seekers and yoga-practitioners in the United States. This is a multi-sited ethnographic project that involves a community of individuals with often-informal affiliation, but it nevertheless charts a consistent phenomenon: the adoption of a particular collection of practices, aesthetics, and philosophies that would traditionally be labeled as “Hindu.” Alongside this phenomenon is an equally consistent trend, namely the overwhelming resistance on the part of these individuals to identify these practices — or themselves — as “Hindu.”

In the process of defying any identification with Hinduism, non-Indian spiritual seekers instead utilize a series of qualifiers that are less precise, more ambiguous, and often incorrect. As such, his book attempts to explore the following question: why do spiritual seekers in the United States so frequently resort to interesting but imprecise contortions of language to describe many of their practices when the term “Hindu” best applies? He argues that this seemingly simple act of rejecting the label of “Hindu” illuminates important issues about the nature of Orientalism, appropriation, consumer culture, and the American religious landscape.

“The Segregation of Mexican-Origin Students in California: Toward a Transnational Archival Methodology”
Rhetoric scholars have explored the 1954 landmark Supreme Court decision of Brown v. Board of Education from a rhetorical perspective. However, they have overlooked earlier segregation cases in Southern California, including the 1931 Roberto Alvarez v. the Board of Trustees of the Lemon Grove School District, the nation’s first successful class action school desegregation decision involving Mexican-origin students.

Scholars outside the field, though, have recognized the significance of this case. Yet, they typically do not discuss in much detail important archives from Mexico’s State Department, Consul in San Diego, and Secretary of Public Education. These texts are available in archives in Mexico and the United States but apparently without status in the United States.

Understanding archives as a status helps us push past what is typically considered archival in one country to include archives from another country and practice what Bordelon calls a transnational archival methodology. Attention to Mexico’s archives enables scholars to disrupt the hegemony of the typical perspective of U.S. segregation history and of archival methodology itself.

“Blood, Bone, & Land”
Murdock is writing her first book manuscript, which is a project of public ecological (re)memory anchored in the understanding that land has memory. Her methods include both Indigenous memory/re-memory work and Black feminist witnessing. She is, thus, writing a land history of the South Carolina Sea Coast that engages in the diverse and often erased ecological histories, ecological heritages, ethnobotanical knowledges, and complex relations of Indigenous and Afro-descended peoples within the colonial complex of multiple European powers. Murdock will use the seed grant to travel to the South Carolina Sea Coast to do site-specific research and conduct oral histories.